A perfect breakfast doesn't mean that you have to splurge on something nice or expensive... a simple breakfast can be satisfying as well. Something that excites your taste bud with its flavourful ingredients and skillful preparation. 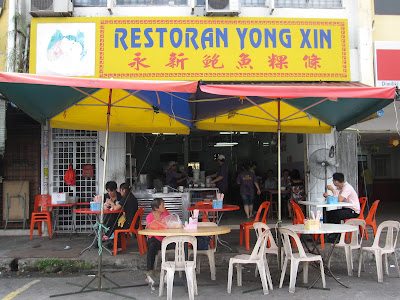 My cousin brought me to this particular restaurant that serves one and only one dish... koay teow soup (well, this is what they call their dish here). According to him, this place is extremely popular with both locals and Singaporeans. Normally it will be packed on weekends and waiting for tables are norms here. Luckily we came here on weekdays so parking and table were relatively easy to find. From the outside, Yong Xin looked just like an ordinary harker style restaurant. Tables and chairs were placed outside the pedestrian walk as well as parking spot.

On the inside, wooden tables and chairs were used instead of plastic. As ordinary as it looks, I'm not here to be oh-ed and ah-ed by its design but to see if the koay teow soup is as good as my cousin claimed. 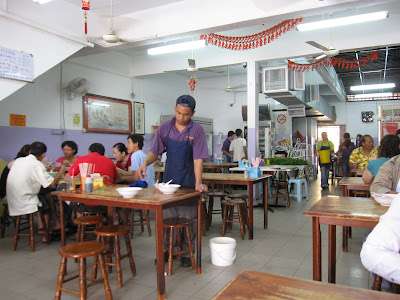 After placing orders, I took some time to take some pictures of the workers in action. The task of preparing had been delegated to the foreign workers, supervised by the owner himself. 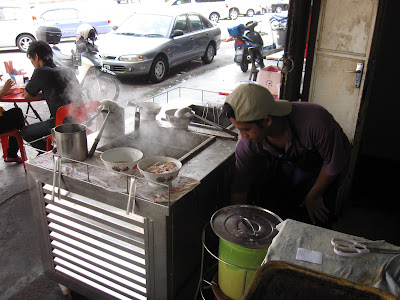 The big steel tank where they store the soup. 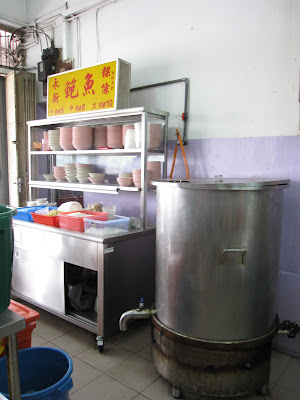 There are a lot of ingredients that make up for a bowl of koay teow soup!!! Depending on the size that you order, extra ingredients will be given. 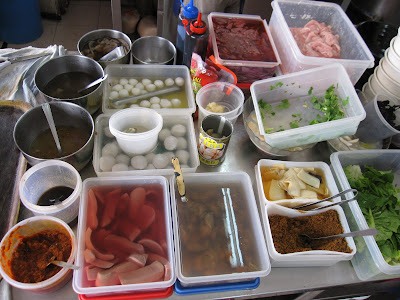 Succulent pork slices that made me drooled even before the dish was served!!! 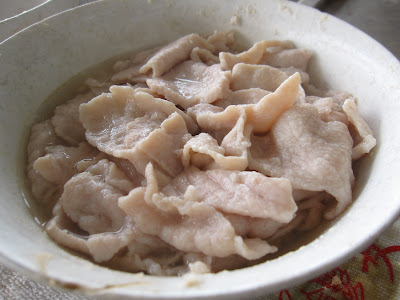 My medium sized koay teow soup - if you like pork noodle, then this particular dish will definitely appeal to you. The presence of seafood noticably oyster, prawns & abalone slices had given it extra sweetness to the clear soup that filled with koay teow and other stuff - minced meat, pork liver, pork slices, pork kidney and seaweed for a bowl of medium sized dish. Sea asparagus will be thrown in to those who order large size. 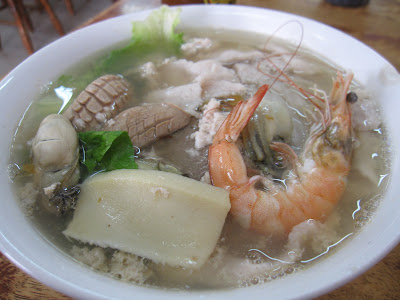 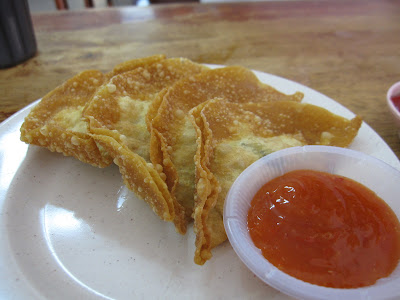 Leo's verdict - the koay teow soup was simply heavenly! Good till the last drop... and I mean that I literally licked the whole bowl clean right after finishing the ingredients. At RM8, it's worth every penny paid for the koay teow soup. Additional RM2 to upgrade to size Large where they will throw in sea asparagus :) I'll opt for the Large one next time... can't have enough of it!

A word of reminder, due to its popularity... there are a few copycat restaurants operating nearby to get a slice of the pie. Just head straight to Yong Xin!
Posted by thule a.k.a leo at 10:46 AM

looks great! i'm usually not a fan of kuey teow soup cos i find it bland, but the addition of all the pork organs would really tempt me. i love pork porridge with all the intestines, liver, blood and other stuff thrown in :)

LOL.
Was really sold on your desc and pics, and plannin in my head which weekend to head there..when i scrolled dwn and saw it is in Johor!

its in jb? aiyohh haha

but the pork looks like its been tenderised by god knows wat..yumm

i actually miss kuey teow soup now. These days only have curries... haha. My cravings got crazy sometimes ;P

If i was a fan of pork noodles, I would have taken the day off and drive down south. Alas, I'm munkey. Only like Banana. But you almost tempt me with your descriptions

yar, i can tell fm the soup that the pork stuff is oozing out, into it! soooo shiok!

oh ya, btw, pls could you kindly update our site link to http://cumidanciki.com/ (pls ignore if you have!)
Cheers!