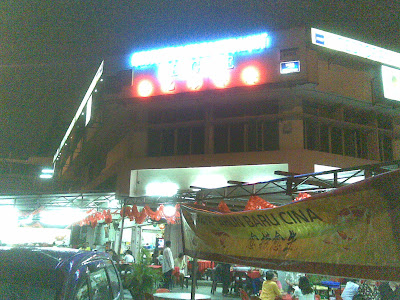 As a matter of fact, I never thought that I would be coming back here again. Partly because the food is not that great and the service can be rude sometimes (especially when there were a lot of diners). But it was quite hard to find a restaurant that is opened during CNY (yes, you guess it right... this is a very backdated blog). Initially we were planning to have dinner in Puchong but our intended destination was closed for the holiday, so we went to Cheras instead (her parents were staying with her sis in Cheras).

It's not easy to locate this restaurant, as it is located further inside Taman Taynton.

There was huge crowd waiting for table by the time we arrived. We opted to sit outside under makeshift canopy, as most of the diners wanted to dine in their air-conditioned room. Feeling very hungry, we quickly placed our orders. 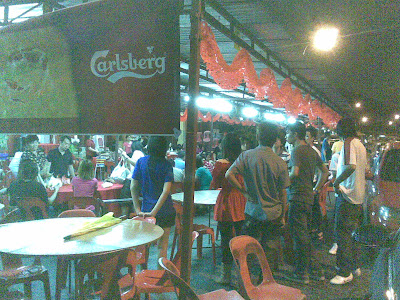 Steamed "wan" fish topped with ginger paste - some slight soil odour, that is why they like to prepare this fish this way... just to cover up the smell using ginger's pungent flavour. Oh yes, please be careful when having this fish, as it's famous for its fine bones. 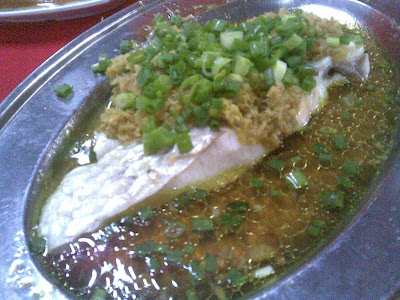 Marmite pork ribs - the meat was slightly burnt but the gravy was quite good though. 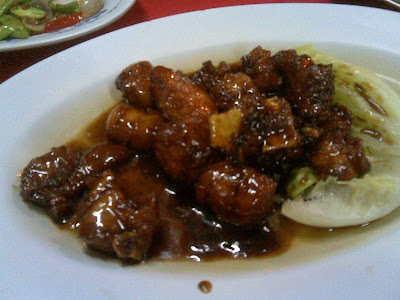 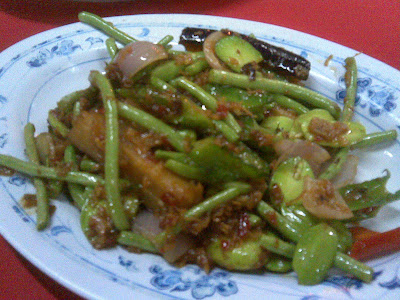 Braised taufu - my words failed me again. I didn't know the name of this veggie but according to Jenn, it's called 'seng kua' (cantonese). Using Japanese taufu, the gravy provided a sweet taste to its already sweet texture. 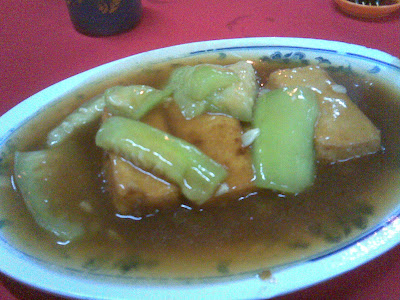 Leo's verdict - apart from the rather rude waiter who took our order (he seemed to be in rush to give birth) and the rather below average food, we managed to fill our stomach :) But if you ask me if it's worth coming here, I'd say "give it a try", as the food quality differs everytime I come here. Good luck!!!!
Posted by thule a.k.a leo at 2:24 PM